When I first saw what would become our home, one of the most exciting rooms was the screened porch off the back. Even in the dead of winter, I could tell this is a place for living, 6 months out of the year anyway. I fell in love with the vaulted cedar ceiling. The whole space seemed luxurious at the time, if not a little worn. My immediate instincts were to embrace the ceiling as-is, paint everything else black, replace the floor with decking, and of course, replace the loose screens. Not a big deal at all, right? hahaha! I cry.

Last summer we lived with it as it was. We had just uprooted our entire lives to move here and wanted to relax a bit. I called it our free-range summer—no plans, no big projects, just lots of days at the beach. We bought a hammock chair, hung it from a beam and called it a porch. But as the months wore on we noticed just how dingy it was. The screens were loose or torn all around, old metal and very dirty. The floor was spongy in spots, a cause for alarm but not dangerous. We really questioned the use of plywood for the floor. The final straw came in the fall when a squirrel literally shredded a screen in attempt to access the space. (In search of what exactly, you little menace? How disappointed he must have been to find nothing there. Minneapolis squirrels. It’s a thing.)

Over the winter I began pining for new screens, new paint, new floor. I get it now, summer is short and winter is long. Plus there’s this, the biggest difference between California and Minnesota—BUGS! Never underestimate the mosquito, not to mention a plethora of other varying, prehistoric-looking insect species that live in abundance around here. The porch would have to be done early in the spring so we could enjoy it all summer, bug-free.

By February, I could stand it no more and started researching screen companies. I called around and landed on Screen Medic to help us out. They came out in early March to talk process and I started realizing this would be a bigger project than I first thought. Still, not at all intimidated and completely determined.

Because what I had was this: 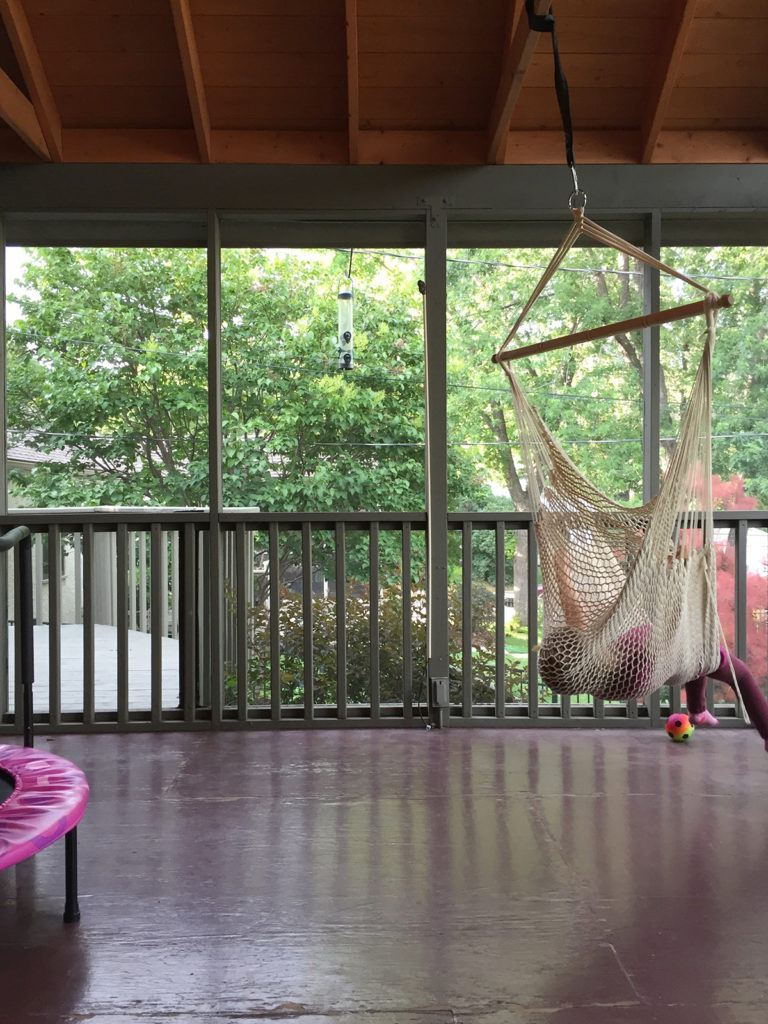 but what I saw was this:

Totally the same space, amiright? Practically identical. And that’s not a lot of ottomans.

The screens are installed with staples direct to the porch exterior, then covered in wood, like a picture frame. It’s a permanent installation and not easily removable/replaceable/updateable. I inquired about having removable screens made, mostly in anticipation of future squirrel attacks. How much easier would it be to pop out a panel, replace a screen and put it back? I learned that if I was building the porch from scratch, yes, removable screens are the way to go. But outfitting new panels for what is there now would not be cost-effective. I would also lose some of my view as the removable screens would require frames that inset into the current openings. Ultimately, we opted to simply replace what is there. This porch is over ten years old and I figure if it took that long for the screens to need replacing, then that’s a pretty good deal. He suggested using Super Screen, which is very durable, comes with a warranty and promises not to fade. The thinking being that if at some point we do need to replace a single area, we can do that and it won’t stand out as “new.”

The porch is big, with lots of awkward shapes and small parts, including the vaulted ceiling and two doorways. The plan went like this:

We were able to negotiate a bit on our pricing by letting Screen Medic do the first step in March, when they weren’t busy yet. I highly recommend this strategy for any exterior project you might have going on. Take advantage of the off-season. So the framing was removed and labeled and the old screens discarded in the cold month of March. Which left us with this nice stack:

And this porch skeleton: 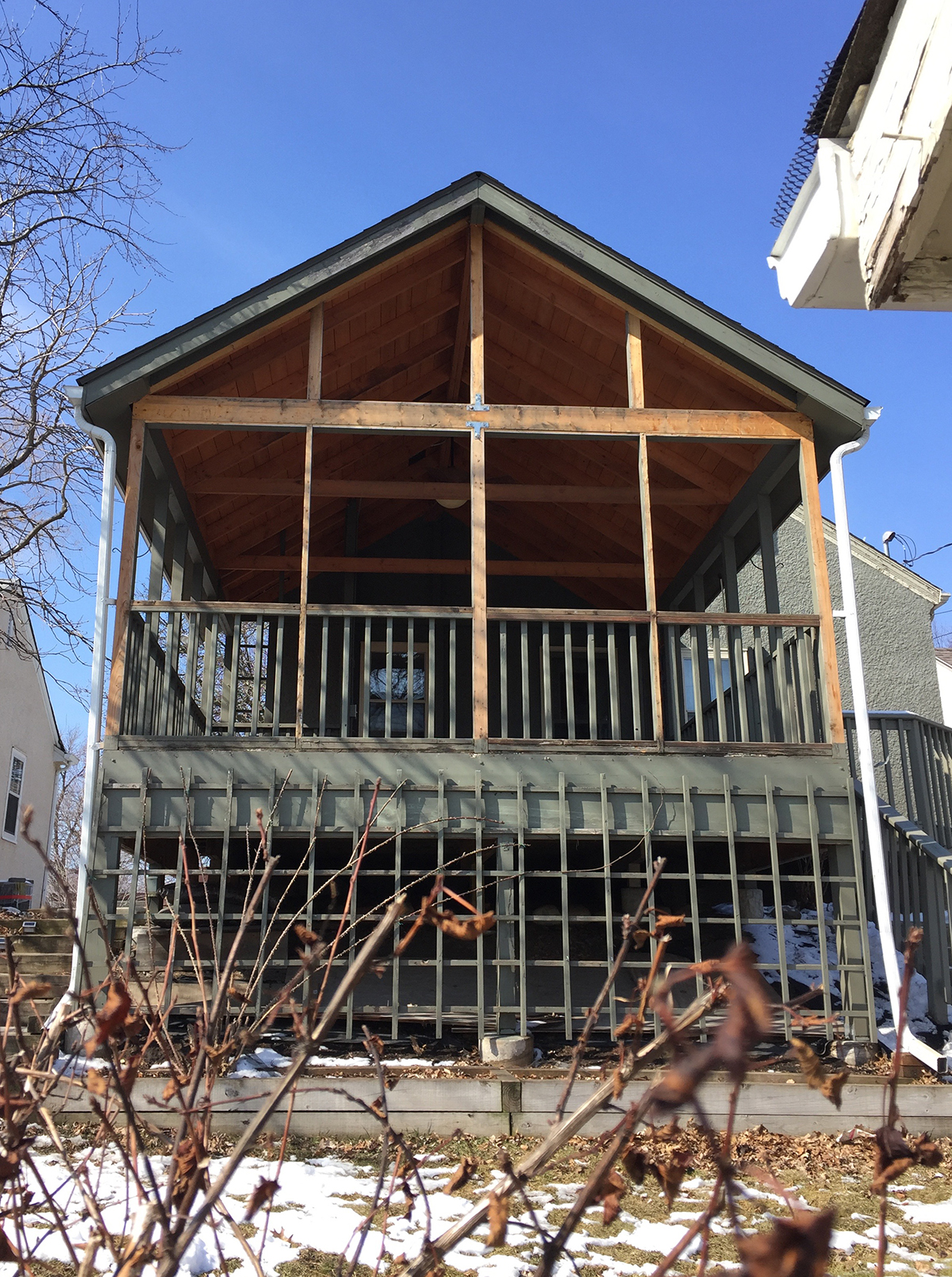 With all the screens and framing removed, we were able to asses the true status of our beloved porch. Unfortunately, what we found was lots of hidden rot due to poor drainage. The western side of the porch that looks out on the backyard gets hit the hardest with weather and it’s where we found all the damage. Inevitably, the list got longer:

I’m happy to say, we did all that. And we did it in time to enjoy our summer. Expect some follow up posts next week with the nitty gritty, because it was an experience, blog-worthy and we learned some things along the way. In the meantime: 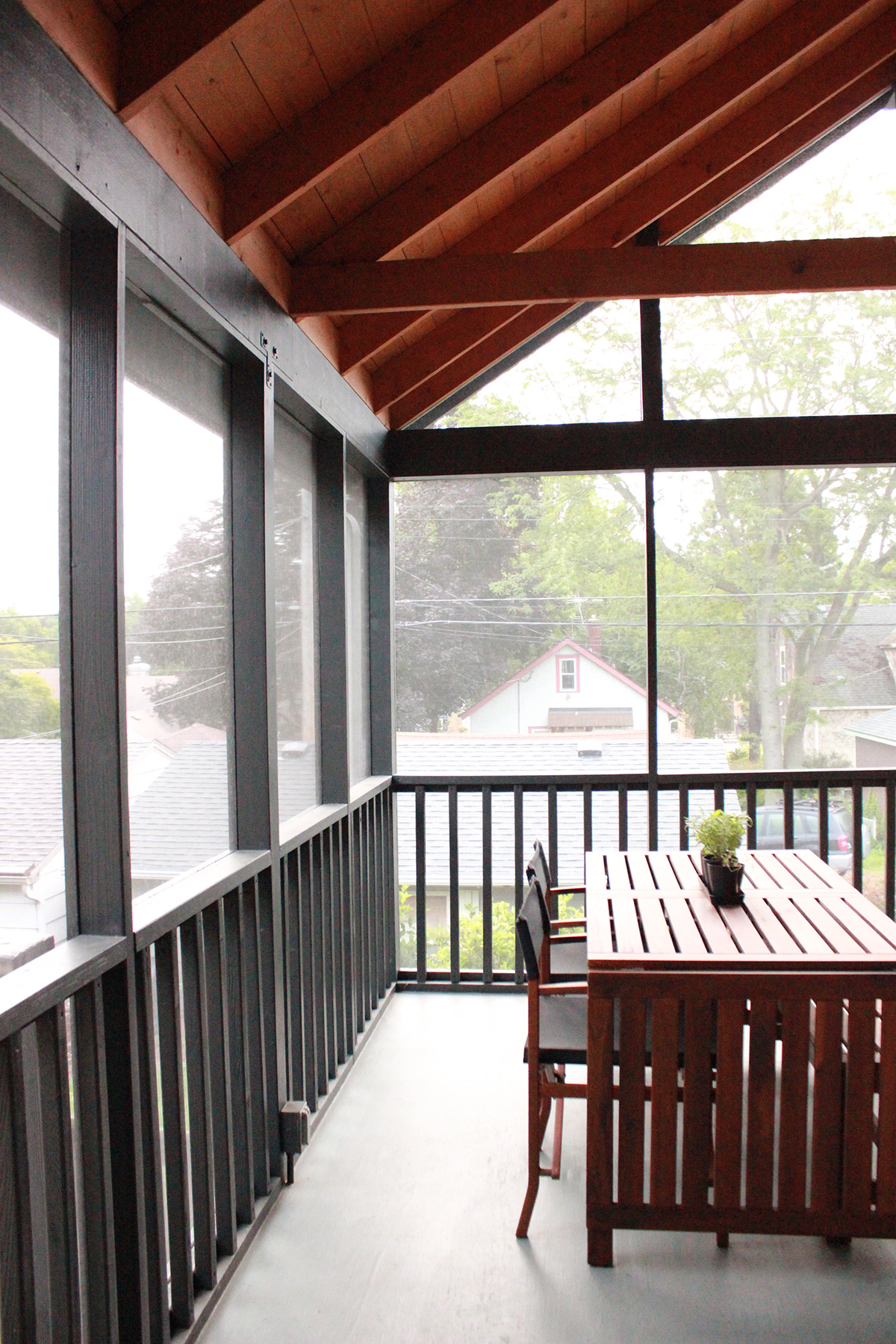