It best come down – Part One

Oh my word. There was a summit in our kitchen between us, a carpenter and a drywaller. We all stood, arms folded, all eyes fixed on the kitchen ceiling.

Drywaller: Yes, that is drywall on top of plaster and lathe, and hmm, it does seem to be sagging. Perhaps it is too heavy.
Me: Well, we could pop off just the drywall and replace it, back on top of the plaster but screwed in tight.
Drywaller: Well, you could, but that would not make it better, it would make it the same.
Carpenter: I agree. Tear it all down, that is best. Only way to know what’s really going on up there.
Me: But the insulation! It’s old blow in. I’m scared.
Drywaller: Not to worry. It is not toxic, only very messy. I will do it, no charge.
Me and Mike in unison: For reals?
(In walks Electrician who had been working downstairs.)
Electrician: I love this idea. It will make my work much easier.
Everyone together: agreed!

And so it was. We scheduled the drywaller to come back in two days to demo the kitchen ceiling. He was gonna “bring some guys” as they say. Well, the big day came and perhaps with a fresh perspective, he sort of backed out on the deal. He could not handle the insulation, not for free and not today. His guys were “too big.” I kid you not, that’s what he said. They would take down just the plaster, leave the lathe and we would be responsible for the rest.

I was taken aback, could not compute this curveball. so. very. confused. But yet, even removing the plaster was hard work, and he was still not charging us for it. And his price for the drywall to come was quite favorable, we did not want to lose him. I looked at Mike, my dear Mike, my champion. And he agreed, he would finish the job. 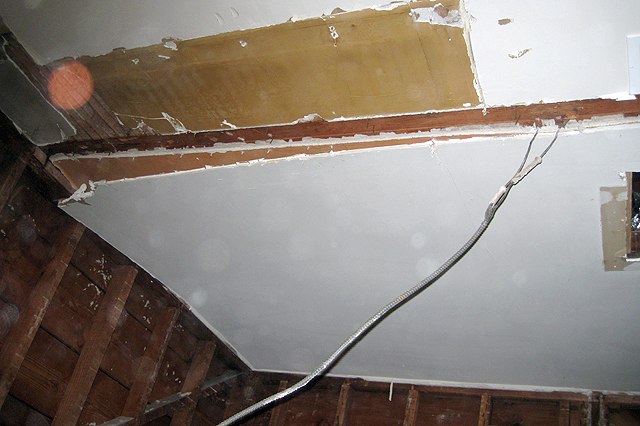 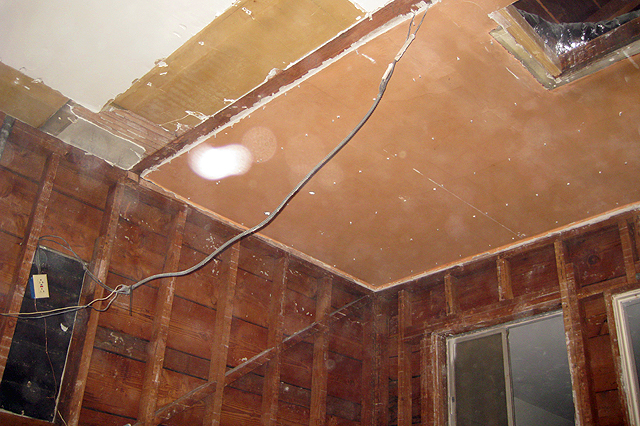 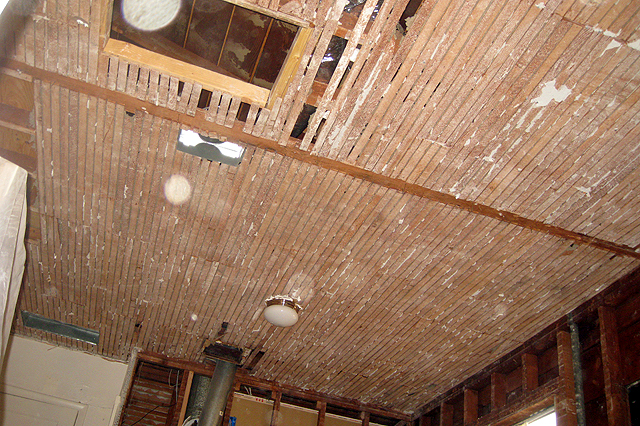 This is what the guys left for Mike. All that lathe and on top,
about 8 inches of cellulose insulation, so very old and dusty. 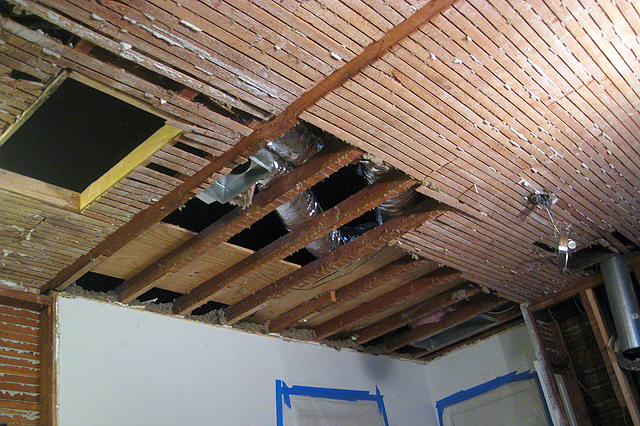 Only one way to start. Crowbar!! 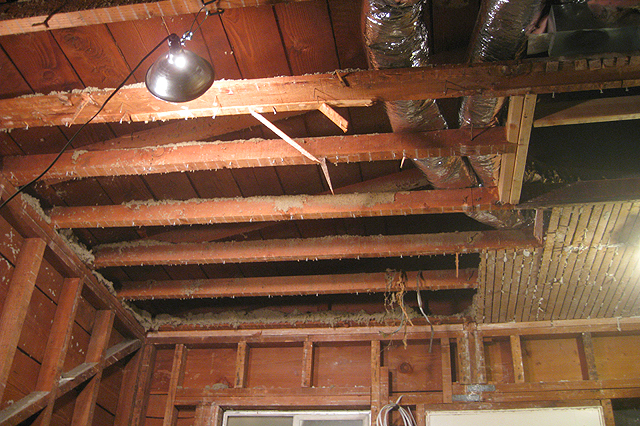 Mike worked well into the night to get this done in a single day. I was regulated
to the other end of the house, on account of being pregnant and all. I tell you, it was
hard to sit there and not help. This was a lot of work and the guilt runneth over! 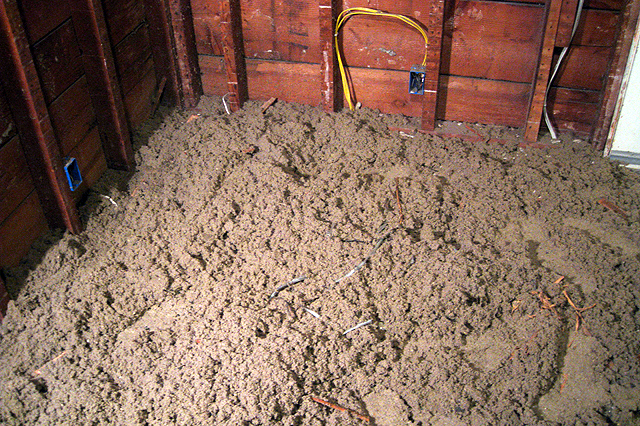 He was left with a ton of insulation to shovel into bags, looks like the Moon… 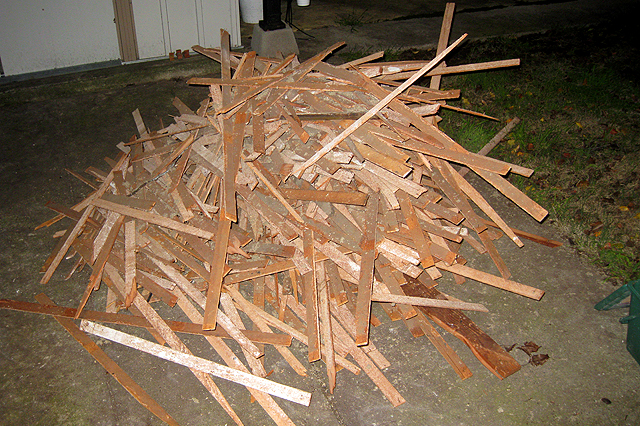 And a pile of lathe to haul to the dump.
Coming up: How we dealt with an open ceiling during the coldest weeks of the year, repairing rafters, relocating the attic access panel, keeping your inspector happy and adding new insulation…
Author: tonya
Filed Under: demo, kitchen
The kitchen en route
It best come down – Part Two