A garden update: those darned pests 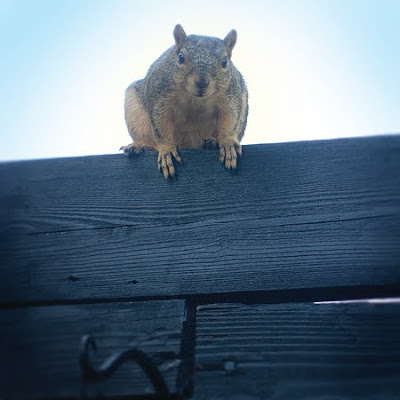 While home improvements take a hiatus, our efforts are focused on maintaining the veggie garden. This is more work than I had imagined, but still rewarding and lovely and a pleasure. We are learning, no doubt about it, and what I thought would be a matter of water, grow, harvest, has turned into all out warfare. No, not with my favorite neighborhood squirrel! It’s People vs. Bugs. Exhibit A: 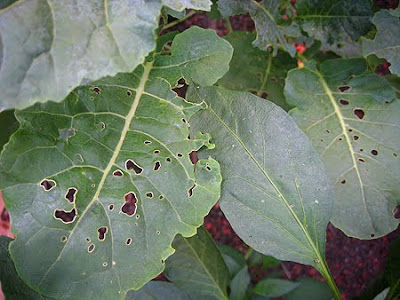 That’s my broccoli. What was once an adorable little baby, has grown into a pock-faced beast. First thing every morning I come out and inspect the bed, and when Mike wakes up I offer him my status report. On the arrival of these holes, I didn’t even let him have coffee! We stood over the leaves scratching our heads, completely bumming.

The internet was our next step. I type in “who did this to my broccoli?!” and there I learn all about the Cabbage Looper. Growl… we head back to the leaves and start turning them over and well, what do you know, green caterpillars in various stages of development going to town.

Cabbage Loopers are common and really not that hard to control. You can literally pull them off and mush (Mike mushes, I carry them to the Green Bin for recycling). Or you can spray. We are opting for an all-organic garden so no pesticides allowed. Mike found a recipe for Garlic Fire Spray, whipped some up and we spray this nearly every day. Cabbage Loopers? Conquered.

The next invasion came in the form of Aphids, black and green. They began with the artichoke. On first site, my barf reflex kicked in. The base of the plant was covered in ants too, charming. This is an ongoing battle. They get the Garlic Fire Spray and repeated doses with the hose. It’s amazing! If you can shoot them off the plant with a hose, apparently they die before they can make it back to the plant.

Back to holes. My beans! Now what?! The beans are the biggest failure. I think I bought bush beans instead of pole, because they never even reached the trellis before fading out. I don’t know if it was the plant or the insect attack that lead to such a demise. But my attempts to save them were valiant. I was guessing it was slugs. We all know about the beer trick: 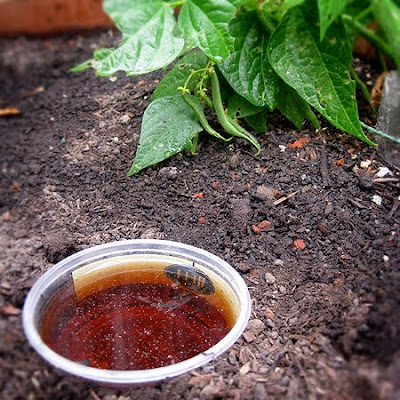 Not sure if they just don’t like dark beers, are they the PBR type? But no one has landed here (see the weakened beans in the background?).

Next up was copper tape. Expensive business but I’ll stop at nothing to save my beans! Copper tape is all science. A chemical reaction occurs if slugs or snails try to cross. It would be a suicide mission and they determine the beans aren’t worth it. Of course, we ran out of tape before we could completely surround the box. A friend suggested we round it out with pennies. I hugged her for her genius! 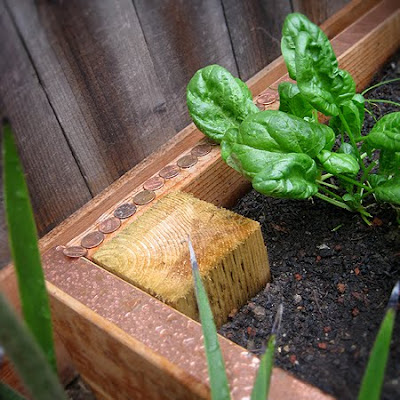 In the end, after Loopers, Aphids and slugs, I relocated what was left of the beans to a pot. I planted seeds for new POLE beans as well as some pod peas for variety, both have promised to use the trellis. And the rest of the garden is moving right along. We’ve even had a small harvest! 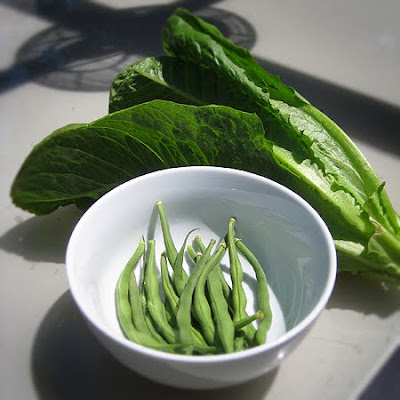 We are loving the Romaine and are down to three bunches. We’ve also been harvesting spinach, Mike made a dip. Beets, carrots, onions and lettuce are troopers. We have red peppers on the way! 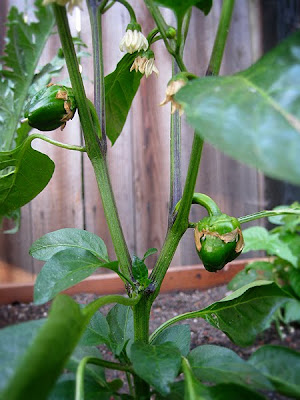 Why are they green? This was a matter of great concern so I looked it up. Oh, they start green and turn red. Phew! 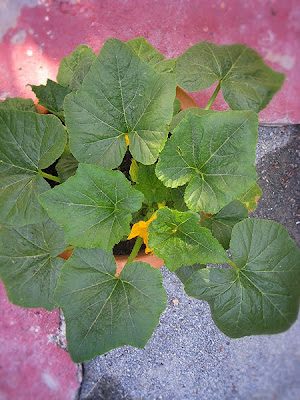 Squash has finally taken over the ugly pot. It has aphids, I’m working on it. But its got crops! 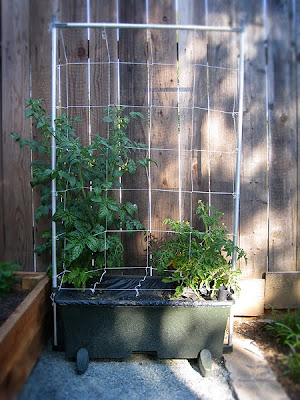 Not sure what’s going on with my Earthbox. Cherry tomatoes are insane, but what’s up with the sandwich ones? It’s not dead though and there are tomatoes on it. Just weird I guess. 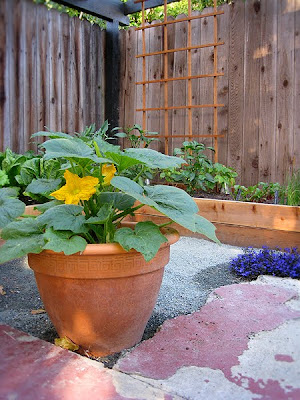 All in all, things are doing well here. We have learned a lot and next year will probably be better. But still, this is fun. And we’ve actually made food! That you can eat! The yard is such a refreshing place to be. We have butterflies, bees, it’s starting to smell good. It’s our little oasis in the busy, busy city.