I previously revealed the new built-ins in the living room and shown how our TV sits above the fireplace, but I failed to get into detail of how we got it up there and where are all the cords?! 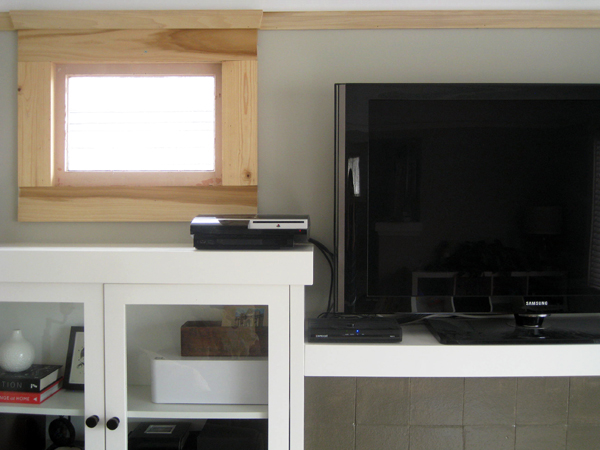 For components, we have a PS3 and a cable box. It was my intention that both of these items would fit inside the bookcase. I figured with custom shelving, it could be built to fit. Totally reasonable, yes? Alas, the depth of the fireplace determined the depth of the bookcases and the PS3 is an unfortunately wide load, or deep one.

On the wall behind the TV is a power outlet which we installed when we replaced this wall. We also added a cable line and ethernet port, inside what is now the left bookcase, when we did new electrical work in the kitchen and basement. Was this the best idea? I don’t know, but it made sense at the time. I’ve since been informed there are these newfangled wireless televisions and in the future we won’t need components. Not like I’m in the market for a new TV. Have you seen my bathroom? Yeah, I’ll be buying sinks and toilets first. (BTW, you have not seen my bathroom. I’ve never revealed it here. Horror show.)

So while designing the bookcases, I asked the carpenter to make sure we could reveal the cable/ethernet ports on the top shelf. Once the shelving was installed, we then created a channel from inside the shelf to the top of the mantel to feed all the cords. 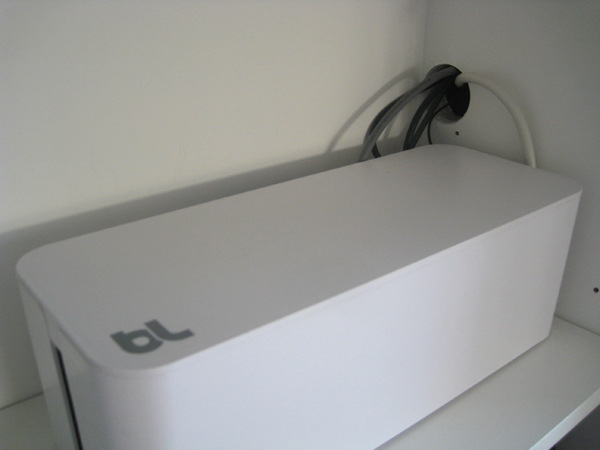 That circle is a portal (I love the word portal) to the mantle and the mantle has a similar cutout which feeds wires to the TV and outlet. In between is the guts of the fireplace which serves really well for channeling extra footage of wires. Does that make sense? A few years ago, I won this BlueLounge CableBox by being Third-Runner Up in a contest on Apartment Therapy. I used to use it by my work desk, but decided it would be perfect inside the bookcase to hide the power strip. 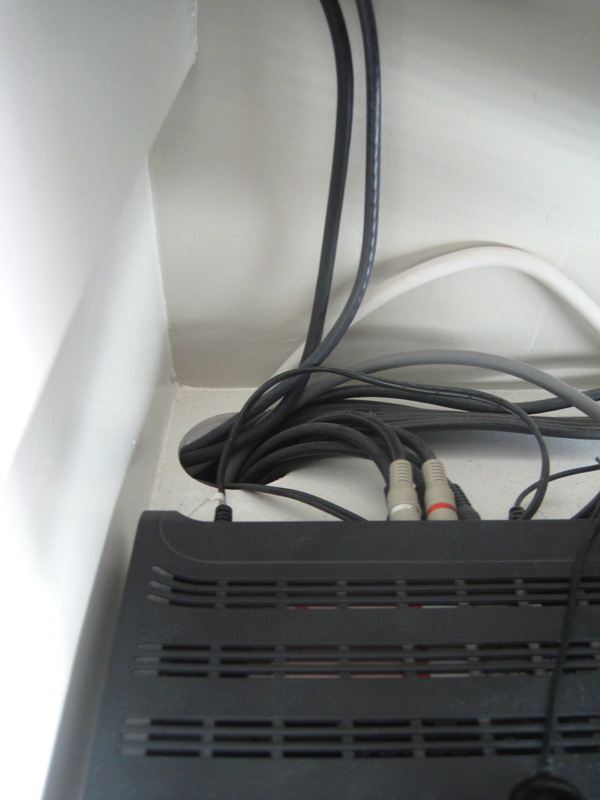 And here is where the cords come out on top of the mantel. Just a bit chaotic and not what I had envisioned. 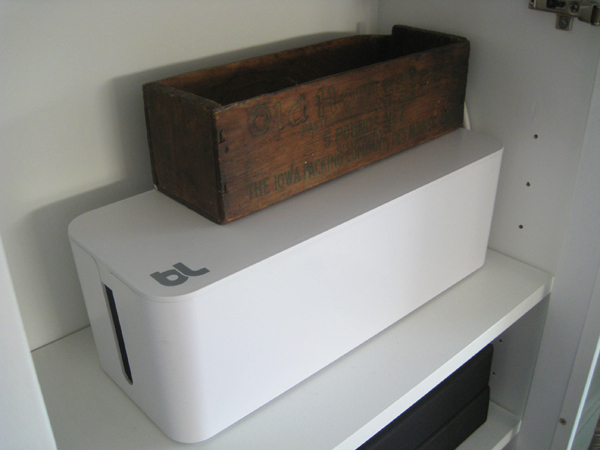 In the meantime, a decorative box completes the disguise. 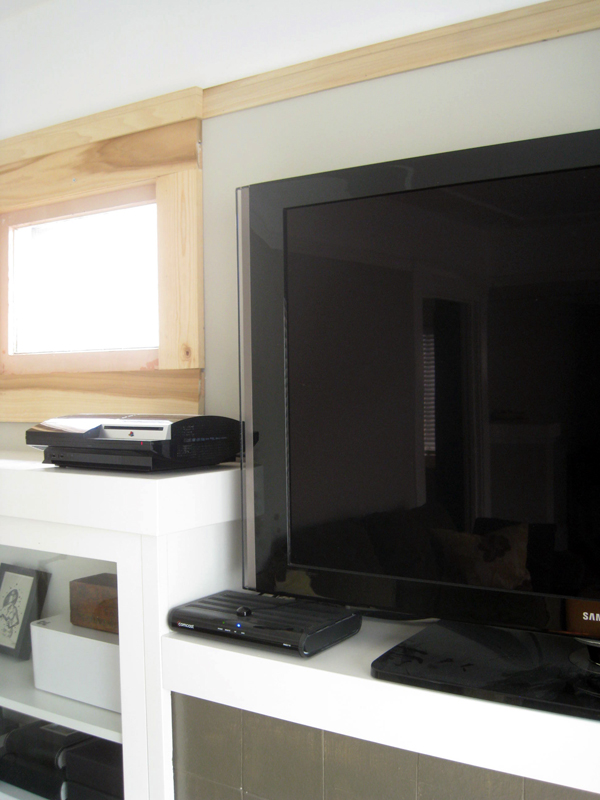 It’s not too bad, definitely better than all the cords trying to find a home on top of the mantel. Soon enough, I will hang the television on the wall. Once I do that, the PS3 can scoot down to the mantel, it’s too tall to fit now, and the cable box can take its place inside the bookcase. That will clear both outer shelves of anything tech and maybe, just maybe, I can decorate. Phew!

PS – Do note the plate rail has been installed! All I have to do now is a whole lot of wood filler, caulk, priming and painting to call this wall complete!